I have seen so many conversations on the Internet concerning what DPI people should set their photos to. It seems every idiot with a keyboard chimes in, and I’m about to become one of those idiots…

Let me save you the trouble of reading this entire article by summing it up in one sentence:

Seriously. DPI does not matter for your photos. Leave it alone. Set it to 1. Set it to a billion. It does not matter. The only thing that matters is the number of pixels. The exact same 800×1000 pixel photo can be printed as 8″×10″ or 24″×30″. It’s the same pixels, just spread out over different distances. If you don’t have enough pixels, your printer is just going to repeat the same pixel enough times to match the size you’re printing, and you end up with blocky or blurry images. If you change your photo’s DPI in your photo software and it adds pixels, it’s doing the same thing as your printer—just repeating pixels and you end up with blocky or blurry images.

That pretty much sums it up, but for those of you who want to know exactly how all this works and play with some actual examples, keep reading.

What Matters Is Camera Pixels

Let’s say you have a beautiful photo of a grassy field. It’s 800×1000 pixels. That means if you zoomed in, you would see 800 columns and 1000 rows, and each box would have one color in it. At this zoom level, you realize that flower in the distance is nothing more than a couple of red boxes next to each other. Maybe there’s a bee on the flower, and it’s represented by just a single yellow box.

What matters is pixels.

If your camera takes that same photo at 4000×5000 pixels, that single pixel representing the bee expands to 25 pixels. With that increase, now maybe you can see black and yellow stripes. You can always shrink the larger photo down to a smaller size, but you can’t go the other way without a loss of detail. Merging that bee’s 25 pixels down to a single yellow one deletes all the black and yellow stripe data. You don’t get that data back when you enlarge it. You get that single yellow pixel 25 times.

By the way, those are both respectively excellent DPI choices for the print size, and here’s why…

We see less detail (less DPI) the further something is from us. For example, you might be able to read this article on your phone when it’s two feet from your eyes, but not when your phone is 20 feet away. There are calculations for how many dots per inch the average person can see at a specific distance (as well as the maximum the human eye is capable of seeing). I won’t go into all the details here, but read this article if you want to know more. Here are some common distances:

The good news is that your poster-size print doesn’t need to be printed at 300 DPI. Most people are going to be viewing large prints from across the room. I can attest to this.

I have several 36″×24″ prints of my photos. Most were 5184×3456 pixels, which equates to 144 DPI (5184 ÷ 36). They’re hanging on my walls and look beautiful from across the room or even just a couple of feet away. At the one foot, the 144 DPI does show as a lack of clarity in the minute details. However, I’m the only one who gets that close; my guests don’t walk across the room and stick their face a foot away from my photos.

This is what actually matters—the pixels required to look good at a specific print size.

But My Printer Doesn't Have That DPI!

Your printer manufacturer spends a lot of money to fine-tune those algorithms and produce the best print possible. But those algorithms can’t work miracles. They can’t take that single yellow pixel, know it represents a bee, and add the black strips when enlarging it. You need pixels for that, so make sure you’re using at least the recommended minimum in the table above.

300 DPI is the standard because that’s the resolution most people can see at the typical reading distance of one foot (see the first table above). Hence, virtually all printers print at a minimum of 300 DPI. Many printers can print 600 DPI or higher, but that is overkill for the average viewing distance.

72 DPI is a carry over from the 1980s when computer monitors were 72 pixels per inch (PPI), which mirrored the typography standard of 72 points per inch. These were the standards as the Internet blossomed in the 1990s. Thus, 72 DPI, or rather 72 PPI, became the de facto standard for online photos.

All modern computer displays and smartphones are much higher resolution than 72 PPI. They are commonly over 200 PPI with some over 500 PPI. Unfortunately, 72 DPI/PPI is so embedded in operating systems, applications, and the web that it is the assumed metric.

Note that one side is not 10x better or more detailed than the other side. The pixels are exactly the same.

Here, you can clearly see the right side is has more detail. That’s because every 100 pixels on the right (10×10 grid) is represented by only one pixel on the left. DPI is the same.

Like I’ve said repeatedly in this article, enlarging a photo does not magically add black and yellow stripes to that single yellow dot representing a bee. But I did mention there are some printer algorithms that try to smooth things out.

If everything goes right in your browser , the left side should have an algorithm applied that smooths the blocks inherent when enlarging images. However, it can’t tell that a particular block represents hair or wrinkles or a nose. Those details are lost. Instead, the algorithm looks at the surrounding blocks and guesses what the general shape should look like. I have to say that it does an impressive job considering it has none of the details of the above photos to work with. 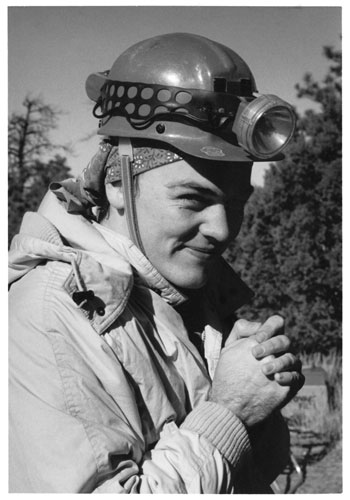